To free oneself from the stress and strain of daily life and create memories to cherish for a lifetime: what could be better than trekking in the Himalayas of Nepal? Bespoke Nepal can give you the opportunity to design your ideal walking trip. You could also choose one of the more popular trekking routes – to Everest Base Camp, around the beautiful Annapurnas, or in the Mount Kailash region of Tibet.

Whether you design your own trek or choose an existing trekking route, your trip can be customised to suit exactly what you need.

The Far West was closed off for tourists for many years during a troubled period in Nepal with the Maoist Insurgency. It has recently re-opened and is truly still one of the very few untouched corners of this Earth. The civilisation that inhabits this part has been there for thousands of years. There are trails that we follow which are the same trails that many have walked between Nepal and Tibet for trading for hundreds of years. The far west is also home to 2 of the most beautiful lakes in Nepal, Lake Rara and Lake Phoksundo. With many species of flora and fauna including the elusive snow leopard.

There are no roads leading in to this part of Nepal at the moment, you will fly in via Nepalgunj then up to Juphal. These flights add a significant premium to the trips which make sure very few tourists go there.

The best time to visit Far West is in the Spring or Autumn. Depending on what you want to do there and how high you want to walk we will advise on more specific optimum times to visit.

The Everest Region is located in the northeast of Nepal in Solukhumbu district bordering Tibet. Home to the Sherpa people, this region has five peaks above 8000 metres.

The Everest Region can be reached by air or on foot. Flights land at Lukla, while the closest road to this region is from Jiri, a ten hour bus drive from Kathmandu. From Jiri it is eight days’ walk to Namche Bazar.

Sagarmatha (Everest) National Park is a UNESCO World Heritage Site and is a day’s walk north of Lukla. Makalu Barun National Park lies to the east of the national park. The major ethnic groups that live in Solukhumbu district are Sherpa. Rai, Tamang, Magar, Brahmin and Chhetrri.

Sagarmatha National Park is an area of great biodiversity. Himalayan Tahr (mountain goat), musk deer, yak and Tibetan mastiffs can all be seen here. You may also see Nepal’s national bird, the danphe (the colourful Impeyan pheasant) here. The golden eagle and the Himalayan griffon are both indigenous to the area. The forests in the park are filled with rhododendrons, magnolias, juniper and hemlock. Edelweiss and blue poppy grow above the tree line in spring and summer.

The best time to visit the region is in Spring and Autumn because of the clear weather. Summer is best to see different high altitude flowers and plants, unfortunately the mountains hide behind thick monsoon clouds most of the time.

The Annapurna region is located in the north of central Nepal in Kaski, Manang, Mustang, Lamjung and Myagdi districts. Annapurna Himal and Dhaulagiri Himal (both above 8000 metres) tower above the Kali Gandaki River. The Kingdom of Lo Manthang is behind the Himalayas on the Tibetan Plateau and is a part of the Annapurna region. The Annapurna Conservation Area Project (ACAP) encompasses the Annapurna Himal range as well as the many villages and towns. The major ethnic groups that live in this area are Gurung, Thakali and Manangba.

The Annapurna area is another region of great biodiversity. Snow leopards, blue-horned sheep and musk deer all live here. The Himalayan griffon, various species of pheasant and many other bird species can be seen. Rhododendron forests, Himalayan orchids, edelweiss, and plants used in ayurvedic medicine are plentiful in this region.

The city of Pokhara is the starting point of many treks in this area. Pokhara is a 6 hour drive or 30 minute flight from Kathmandu. There are usually daily flights from Pokhara to Jomsom and less frequent flights to Humde (Manang). The road from Pokhara goes to trailheads at Naya-pul, Beni Bazar and Besisahar.

As in the Everest region, the best time to visit the region is Spring and Autumn when the fine weather means that the views of the mountains are clear. The high altitude flowers and plants are best in the summer, but again, at this time, the monsoon obscures the mountain vistas. However, Lo Manthang can be visited during the monsoon, because the clouds do not reach behind the mountains.

Manaslu has only been open for trekkers since recently, and since it was one of the most severely affected regions by the earthquake it only has basic facilities. However after the earthquake destroyed some walking trails better ones have since been constructed.  So, now it’s much easier to trek in this breathtaking, well preserved wilderness. The area is protected as part of the Manaslu Conversation Area. The region can be accessed via jeep or heli.

In Manaslu you’ll find the eighth highest mountain in the world, magnificent Mount Manaslu (8,156m/26,759ft), meaning ‘Mountain of Spirits’. You’ll observe the beautiful Himalayan culture and Buddhist religion, as you pass monasteries and tiny villages decorated with colourful Tibetan prayer flags. The highest point, the snow covered wonderland of the Larkya La (Larke La) Pass (5,215m/17,110ft) will challenge even the most seasoned trekker. But you just know the superb, panoramic mountain views will be worth it!

Bespoke Nepal is a company committed to customer satisfaction and consumer financial protection. We are therefore pleased to announce that, at no extra cost to you, and in accordance with ”The Package Travel, Package Tours Regulations 1992” all passengers booking with Bespoke Nepal are fully insured for the initial deposit, and subsequently the balance of monies paid as detailed in your booking confirmation form. The policy will also include repatriation if required, arising from the cancellation or curtailment of your travel arrangements due to the insolvency of Bespoke Nepal.  This insurance has been arranged by Towergate Chapman Stevens through Zurich Insurance PLC.

"Go to Nepal, a land which will force you to reassess your views on mountains, mountain life and mountain people. The Himalayas encompasses bits of all the other mountains you may have encountered in the Northern Hemisphere and thus you’d be excused if you believed you were in familiar surroundings. This will change when the altitude will deliver its punches and smack you with both its strength and different kind of beauty. While in Nepal you should do it all: trekking across high mountain passes, embark on some climbing expedition, get on some jungle jeep safaris or choose the adventurous motorbike rides from the hustle of Kathmandu or the peaceful Pokhara deep into the high valleys, across suspended bridges and up onto some of the high mountain plateaus peeking into the rare aired Tibet. Don’t forget about rafting down some awesome white waters or flying close to the mighty Everest in the comfort of charter planes or better of choose to fly the open featherlike microlights fully exposed to the size and scents of those awesome mountains and valleys. If you were trekking stay clear of the beaten track and avoid the busy routes such as Everest or Annapurna areas and choose instead tourist free areas such as the Dolpo region in the far west where valleys such as Jumla offer you an insight of the difficult but yet cultural rich farming life which still means so much in that part of the world. Make an effort and dedicate at least 20 days to a Nepalese adventure and if you wish to make each one count look for the amazing local team lead by Udaya and Takeshi at Bespoke Nepal. They’ll make sure you will sample all the sensorial delights this fantasy land has to offer. And do ask them to add their best men, Rajeev in the mix. He will nicely round up your experience by crafting new meanings for hospitality and friendship – the Nepali versions. You will eventually depart Nepal having learned two very important words Namaste and Bistare. They’re equally important. One will bring a smile on everyone’s face and open all doors while the other will teach you the true meaning of this experience…patience. Thank you Nepal. See you again." 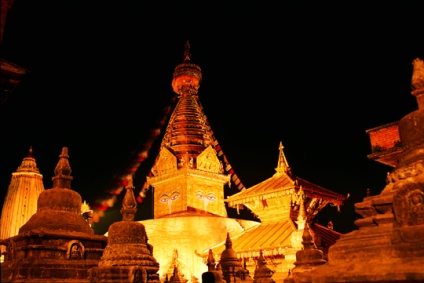 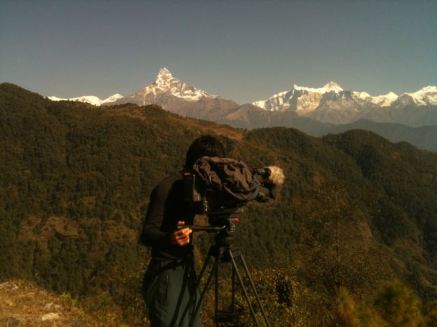 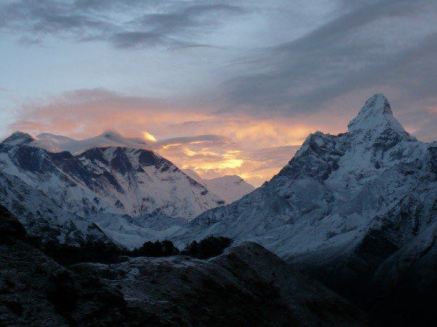 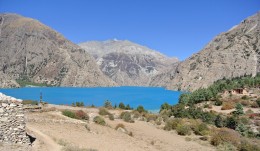 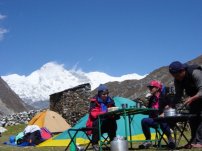 Special Thanks to the Nepal Tourism Board for their photos 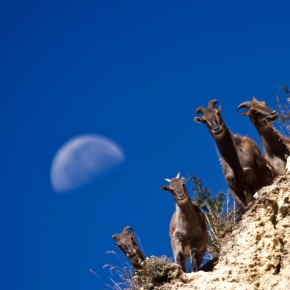